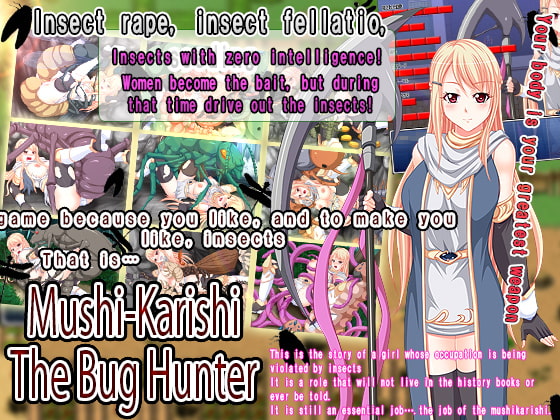 My name is Liza, and I am a mushikarishi.
I am scared of insects. I hate them and don’t want to look at them, but
I have a really rare body type, and I am never chosen for other jobs. 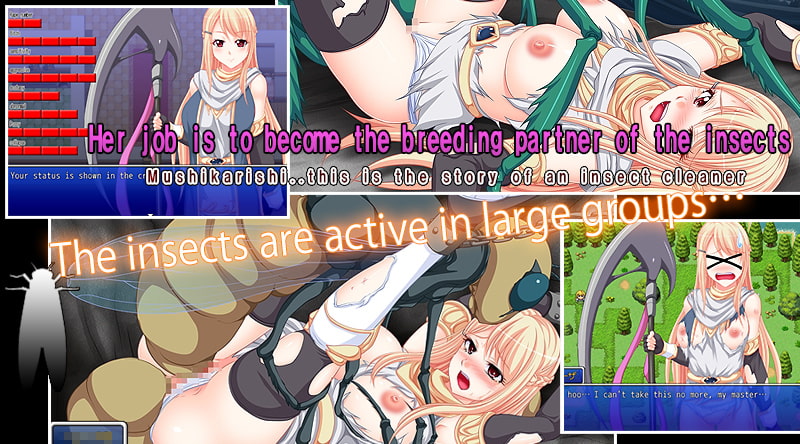 “OK, Liza?
Mushikarishi is not a job that just anyone can do”

“I know that but…sex with insects right?
I hate that idea. It is really disgusting!”

“When the insects are rutting, this is the quickest and most reliable method!
The insects are in large numbers, and they move quickly, and many of them are poisonous.
If the mushikarishi can feed their bodies, and get them to stop their movements, we can stop them with insecticide!”

It seems that I need to be able to drive away those disgusting insects..
That is what being a mushikarishi is all about.

Insects without intelligence fly towards Liza’s private parts.
We have reproduced the original mating pose of the insect.
Basically, they insert themselves into the women’s organs from the arse side. 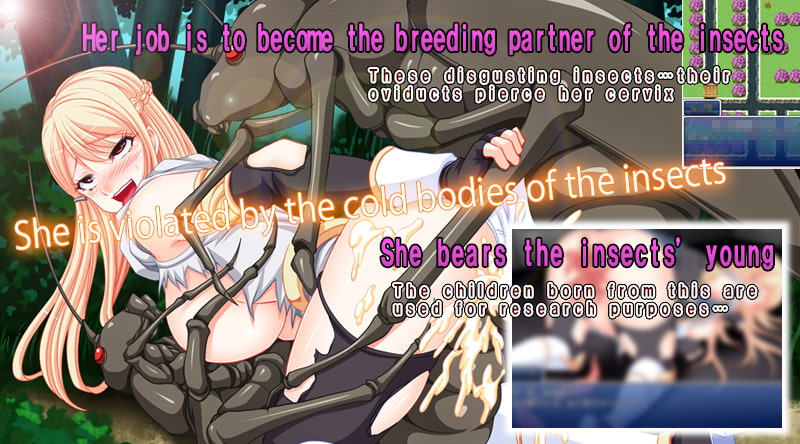 For those who like insect rape, we have irresistible situations and illustrations.
The majority of the battle is one where Liza is used as bait.

There is voice available for the sexy scenes.